Jade Shards is a role-playing experience for one or more players, played with a deck of cards, a tumbling block tower, and a way to record the game, such as a smartphone or a journal.

You are one of the student protesters in the university. You protest for freedom, justice, and a better future. Before you knew it, the police has the campus surrounded, and there is no way out.

Jade Shards is an experience inspired by the Siege of the Hong Kong Polytechnic University in 2019. It was a humanitarian crisis in which the Hong Kong Police Force lay siege to the university, trapping protesters inside for a fortnight. The protesters consist mostly of students from universities and secondary schools, with many of them in their teens. They had their supplies and escape routes cut off, and were under constant assault by the police. Over a thousand protesters were arrested, and hundreds were injured, overwhelming the hospitals.

This experience is about the desperate struggle, and the human capacity to never give up hope.

This work is based on The Wretched, product of Chris Bissette and Loot The Room, and a submission to the #WretchedJam.

Rather be broken shards of jade, than to remain whole as china.

- Chinese idiom, meaning one’s desire to do what is just and honourable in the face of certain peril, than to lead a safe but shameful life.

This experience is about the desperate struggle, and the human capacity to never give up hope.”

I finally got around to picking this up today after seeing Arthur’s tweet:

“It’s a year since the Siege of the Hong Kong Polytechnic University, where the cops attacked and trapped the student protesters in the campus. I wrote Jade Shards, a roleplaying experience about it.”

Seeing this followed me through to the thread of Arthur discussing the design of JADE SHARDS, “going to some dark places, exploring what the protesters have gone through.”

I have to admit a number of things, one due to my mental and physical health I am often far more ignorant of events at home and in the wider world, which coupled with brain fog and poor memory, mean I remember these events, but did not follow or engage with it enough. Being more aware and engaged is something I’m working on. Reading Arthur’s thread, linked articles and watching the footage was truly heart-breaking. A harrowing snapshot into travesty of inhumanity and bravery in the face of it.

The atrocities committed around the world are sadly constant, and the last year have only brought that into sharper focus. These are things we need to be aware of and through “experiences” such as Jade Shards, we are given a window.

Games and “experiences” are all forms of storytelling. There are insights we gain from both fiction and non-fiction explorations of topics and themes. A film and a documentary are two very different mediums for the viewer’s interaction, as with first-hand accounts, short stories and novelizations. They all allow the viewer different interactions and experiences with the subject matter and medium. Immersive storytelling and experiences are purely another medium that allow a greater insight to the feelings of those involved in the situations they cover. They are no more a game or trivialisation of serious and truly upsetting events such as seen in Hong Kong at the sieges of Chinese University and Polytechnic University in November 2019 for using a game engine like Jade Shards use of the Wretched & Alone SRD for the #WretchedJam, as a dramatization would be for sharing the same medium as game shows. They are a way to experience an approximation of an individual or group for someone on the outside when explored alongside a respectful reading around of the subject.

The oppressive, claustrophobic and hopeless tenor of the Wretched ruleset particularly lends itself to the experience of the all-consuming brutality, hunger and desperation exacted upon the students during these sieges, and could bring the experience of other harrowing and isolated events to those removed from them. The use of journaling games’ engines give the user the ability for time and reflection with the subject and themes. again, with the respect and courtesy of doing at least the basic reading up on the subject matter.

The other thing I have to admit is that I did not actually play out the experience. I got as far as looking up an appropriate name and making ready to make the initial journal entry beginning, “My name is [your name], and I will not commit suicide...” The statement referring to those made by protestors to attempt to protect them from being murdered by police in custody (https://www.vice.com/amp/en/article/7kzpa4/hong-kong-protesters-declaring-not-suicide). But I did not feel mentally strong enough. However, I did read through the experience to see the strange beauty of a snapshot such darkness captured and rendered with such skill.

I hope to return to it when I feel able and will update this review accordingly.

Jade Shards truly is a work of art made with love and skill. It’s harrowing and bleak, as are the events that inspired it.

“YOUR SACRIFICE WILL BE NOT FORGOTTEN.”

Thanks to my patrons on Patreon:

This work is based on The Wretched (found at http:// loottheroom.itch.io/wretched), product of Chris Bissette and Loot The Room, and licensed for our use under the Creative Commons Attribution 3.0 Unported license (http:// creativecommons.org/licenses/by/3.0/). 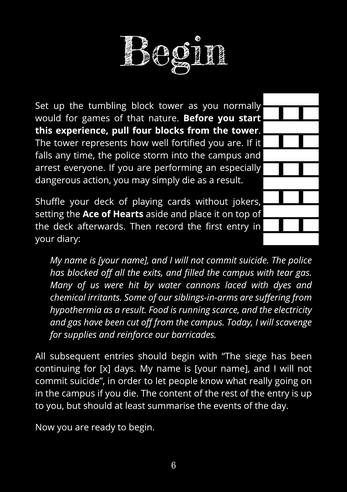 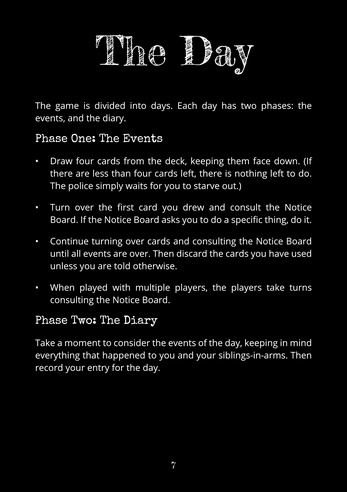 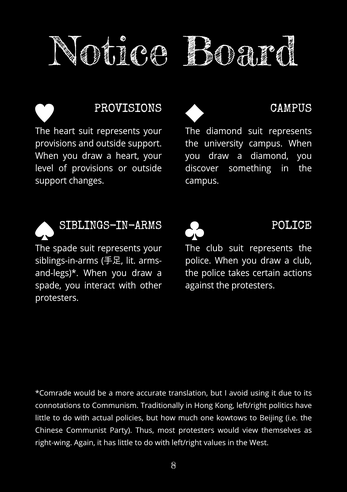 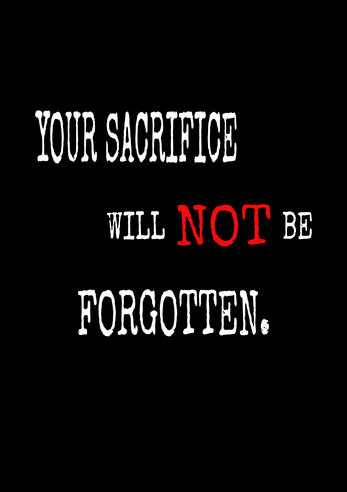